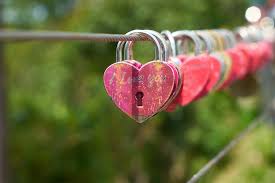 One of my more popular conversation options is Dating Advice… and why not? The LOVE department affects everyone and there are always questions or concerns; sometimes, Dating Advice turns into Venting Sessions, another popular choice.  On this particular day, I picked up two different guys who were heading off to college in the fall and there were women in their lives complicating things a bit.

When Billy got into the car he was all smiles, full of energy and greeted me with a big smile and a “Hello.” He mentioned he might need some dating advice then blurted out, “Do you think it’s important to have a girlfriend in college?”  He explained that he was about to graduate from high school and had had a girlfriend there but she wanted to break up a year earlier (she graduated a year ahead of him), so he adjusted and moved on.   Now she was wanting to get back with Billy and he wasn’t so sure. He was interested to hear my thoughts on having a girlfriend while at college.

I told Billy that going to college is the start of a new chapter in life.  Normally, when someone heads off to college he/she has one major thing in common with all the other freshman students: knowing no one. And that’s a good thing.  It opens him/her up to many possibilities, there are no distractions and they can clearly focus on the tasks at hand; tasks like making new friends, course selection, and learning how to handle an adult-like freedom!  Having a committed relationship may make better sense once the person has gained more control over this new journey.  It sounds like Billy was being pressured by his ex and since they would be attending different schools hours away, it didn’t really make a lot of sense to get back together.

Billy was in total agreement of my assessment and as he got out he thanked me and said, “My gut was telling me similar things, but you helped me cut through the clutter.”

When I picked up Ben in the financial district, he looked very professional, wearing a suit and heading off to his next appointment. I was surprised to learn he too was heading off to college in the fall.  Unlike Billy, Ben was heading to an Ivy League MBA program and had much more life experience then Billy, but with one similarity: a romantic interest affecting his college experience.

Ben had decided to live in an on-campus apartment and his girlfriend was having trust issues; she was pressuring Ben to live off campus.  She was concerned with him interacting with other students by living on campus, but in reality it was more about him meeting women on campus.  From my experience talking with other grad students, many choose to live on-campus so they can be closer to their focus and all the resources the college has to offer.  It also gives them greater access to collaborating with others, sharing ideas and connecting!

Ben agreed and we discussed how it appeared the only one with issues about his decision was his girlfriend. It was Ben going to grad school and he had to get the most mileage out of this learning experience.  Ben’s focus on enriching his MBA experience and his girlfriend’s focus on isolating Ben were conflicting agendas.  Ben told me he knew the right decisions to make, and as he hopped out he thanked me for the ride and conversation.

It is funny how both Ben’s and Billy’s issues were centered around the college experience and girlfriends that in their own way wanted to control their experiences.  When it comes to going to college, romantic interests are a “nice to have”, but certainly not a “need-to-have.”

*Names may have been changed to protect the innocent!!!