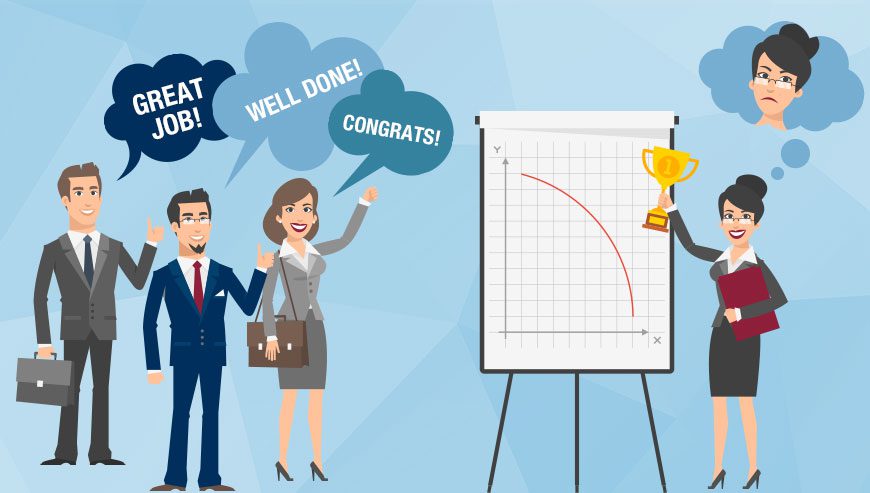 Had I been sleeping under a rock?  I usually felt ahead of the curve in life, catching trends early on, but until Cindi brought up what she was suffering from I was totally in the dark on this one!

I picked her up in the Allston neighborhood of Boston on a Monday morning, which is always a tough day.  People were heading out of town on consulting assignments for the week (M-Th is typical), toughing it out trying to get to work after a hard weekend of partying or just burning the candle on both ends.  Cindi mentioned she liked my “Options for the Ride” and asked if people really open up. I told her, “Of course, all the time… so what’s on your mind?”

Cindi told me she was a software developer and worked for a large start-up with sixty people on her team. Only three were women.  I told her that was amazing, but asked if she felt isolated as it wasn’t the first time I had heard this from women in Tech.  She told me that No, she felt totally accepted on her team and loved what she did… but… she has a touch of the IMPOSTER SYNDROME!

Woah, woah… I was not aware of such a syndrome. For those of you who are like me, unaware, it is a condition where one feels they are not deserving of where they are in life.  Who knew? Cindi said that it was even more prevalent in college.  I would understand if someone’s parents bribed officials or cheated to get them into college or if someone became an instant millionaire, for them to not feel deserving.  What didn’t make sense to me was someone holding a position that they were definitely deserving of and felt like this.  I asked Cindi why she felt this way and she was clueless; it was just the way she felt, she said.

I told Cindi she needed to empower herself to get beyond this feeling.  I asked her if she ever heard of Girls Who Code?  It’s a non-profit organization that supports and encourages technology for young women and is sponsored by major corporations like Raytheon Corp. Cindi nodded yes.  Why not get involved in an organization like that where she could mentor young girls, giving her the confidence to feel like she deserved to be where she was in her career and beyond?

Cindi smiled as we reached her destination and thanked me. As she got out she mentioned that she will definitely be looking to get involved with Girls Who Code.

And Then There Was *Ron

Thinking about this Syndrome, I was reminded about a past passenger, an older man named Ron, who was questioning his management position at a company. He felt like the team he managed was questioning the decisions he was making.  I asked him why he felt this way and if he had received feedback that reinforced his hunch. He told me no, no one had casted any doubt on any of his decisions.  I was curious where this was coming from then, this self-doubt. It was different but similar to the Imposter Syndrome. Digging in further, I found out that his marriage was going through some rough times and his wife had been tearing him down to the point that he questioned his business moves.   I told Ron that since his career anxiety was fairly recent he shouldn’t doubt his capabilities now.  I advised him not to empower his wife to make him feel unworthy, and no longer engage in these “put-downs.”  Ron agreed and told me he is looking for a life-coach, and could he hire me? I politely declined. I only provide life coaching for free and only for current passengers in my car. As Ron was leaving my car, he turned, smiled and said thank you.

Even one of my kids who is very successful in her career told me that she too feels the Imposter Syndrome with a recent job promotion.  I had to remind her that a promotion doesn’t necessarily mean having all the answers or skills right away.  A promotion pushes you to a new level as you are challenged in ways that force you to grow. It’s important to embrace these new challenges and let it push you to become the person you were hired for.  A new position with no new challenges is simply boring.

Many people work so hard to get to where they are in life. It says something about our complicated society that people so deserving of their positions feel defeated or unworthy. It’s okay to take on positions where you may not have all the acquired skills. This is what stretches you and helps you grow in both career and life.  Many times this syndrome can even relate to material things where there is a feeling of not deserving a new house, expensive watch or car…but the same principals apply here as well. Do you remember ever feeling you had symptoms of the Imposter Syndrome?  Now that I think about it… I definitely have!

*Names & any identifying information may have been changed to protect the innocent (from post), as I am only interested in writing about our conversations, especially if it might be insightful to others.