LESSONS FROM THE ROAD 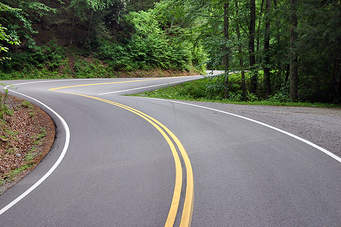 Yes, lessons from the road, but let me be clear: these are not your lessons, they’re mine! People are all so different and I’m not talking about random people, I’m talking about my passengers! You cannot assume that people entering your car are all happy campers, because on the contrary many are not happy at all.

Now, the majority of my riders are great. To date I have given over 26,000 rides which translates to delivering about 50,000+ people to their destinations and my rating always hovers as a perfect 5. I can proudly say that all were delivered safely and on time, in fact no one has ever missed a connection for a plane, train or bus!  I think some people overthink the ride-sharing service and can’t wait to take out the driver with a poor rating.  A rating of 4 is totally unacceptable and if that was your average, Uber and Lyft would boot you off their service.  So, I don’t understand why some people would actually give you a rating of a 1, 2 or even a 3 for that matter… it’s like delivering you safely and quickly is not good enough for their unhappy souls. Hey, I am not exaggerating here, I have been given a low rating of a 1 because the passenger thought I was driving with one hand… REALLY?  And who actually cares if I was (which I wasn’t by the way).  Or how about texting an emoji “thumbs up” to one of my kids, letting them know all was good while at a red light? There are passengers out there that actually rate you low for reasons such as this.     …Okay, I am not totally innocent here, I mean I have made a few blunders along the way. Although they were innocent mistakes, I did learn a few lessons.  Here are just a few that may help you as well someday:

HUMOR IS NOT ALWAYS UNDERSTOOD

Yes, this is true… and I was reminded one day when I picked up two women in the Back Bay. I made a little medical joke based on something they said to me… I had not realized they had just come from the hospital visiting a sick relative.  I should have noted their accents and realized they might not understand American dry humor.  For such a short ride… it felt like eternity!

I have learned that some people might not be in such a rush to get to their destination and driving through yellow lights is not really appreciated… Sorry about that, I am making an effort to reform.

They say it’s always best to not talk politics & religion…And they are right!  I made the mistake to bring up Trump once in a conversation with a woman that was smart and hip only to find out she was a Trump supporter. Can’t say that ride went well, but we both laughed and shook hands at the end of the ride.

I only use WAZE for my GPS even though I know the city pretty well, but with all the construction in the city, everyday offers new road closings.  Driving back roads helps avoid all the traffic too, which I rarely hit. Unfortunately, some passengers prefer their favorite way to a destination.  If they don’t recognize the route I’m going and are not open to new ways to go, they’ll give me a poor rating and comment that the driver did not know the city. Don’t you worry, I’ll always take the hit because I am not changing the routes I choose to drive (unless of course we discuss it first).

I have found that conversations are only a problem for a shared or poolride. This is where you pick up multiple folks along a common route towards their destination. Sometimes a conversation is started and when a new passenger joins the ride, they just don’t like our chat or they prefer silence.  Sorry, but I actually never start the conversations and I will always take part in them.  Perhaps these types of people should only do an Uber X or Lyft solo ride.

ENGAGING WITH PEOPLE ON THE STREET

Pedestrians, bikers and other drivers sometimes cause problems on the road.  There can be problems driving in the city, such as 1-making a right hand turn when a biker refuses to slow down, 2- when pedestrians just don’t understand the “RED” hand meaning it’s not okay to walk or 3- passive aggressive drivers who speed up to block you from moving over a lane.  Let’s just say I learned early on that it’s always best to chill rather than confront these situations.(I mean did ya’ see the road rage incident recently with the guy on the hood of a car moving 70 mph on a Mass highway?) Just drive safely!

In the winter, I usually carry $5 Dunkin’ Donuts gift cards to offer the homeless who come to my window at a stop light. I never offer cash. I have learned that not all passengers appreciate engaging with the homeless, so now I only do this with a passenger’s permission or when I am alone in the car.

It was my first year doing the ride sharing service and I was sitting behind two cars at a light on a multi-lane road. I think I was tired and being in the right-turn-only lane I noticed the cars in front proceeding… and so did I!  That’s when I noticed the light was still red and a fast traveling car coming from my left. It was too late, and I ending up in a minor accident… which I think I am still paying for to this day via my insurance bill.   I am happy to say I haven’t had an accident in years!     It’s a new year with new lessons to learn!  What have you learned lately?