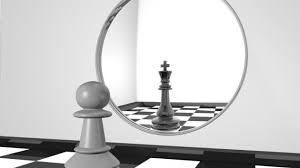 It’s not every day you meet someone who had a dream come true, but I did, and you can read about it through my latest article posted to Alley.com ( Posted Below):

We are all dreamers aren’t we? Aren’t you? I know I am, and truth be told, sometimes I do my best dreaming when I am not sleeping. To be honest, I rarely even remember my dreams as I awake each morning… probably means I need some sort of therapy, right? Dreaming of things that might happen in our lives is a good thing as long as it is balanced with one’s current reality. We need to dream to put the thought of achieving something important in our lives into our mindset, because those thoughts and dreams need to land in our subconscious for them to have any chance to be realized.

Frank & His Dream
When I picked up Frank at one of the suburban hotels along the once fabled America’s High Tech Highway (in layman terms, let’s just call it Rt. 128), one of the outer highways encircling the greater Boston area. Frank in his late 40s, seemed low key, dressed in jeans and a casual looking collared short sleeve shirt. He works in security software and was visiting the home office of his company. We started chatting about his work and his company and he seemed really excited. Frank tells me that he owned a company that was just recently acquired by the company we were heading to.

I had to ask Frank how that felt because although we may hear about these kind of acquisitions being made all the time, it’s still considered a real long shot to be able to start a company and then sell it successfully. I know this well, as I once tried to sell a company I started… no easy task! ”So Frank, how does it feel?”, I asked. Frank replied, “I am still in a state of shock, I’ve had no time for all of this to sink in”. Frank is working for the new parent company running the division that was his old company (now a new product offering at the new company).

What’s Next?
I was curious now that Frank’s end goal has been achieved will he just stay with the company until his old company transitions smoothly into the new entity, retire and get fat drinking Pina Coladas under a palm tree listening to Jimmy Buffett songs or move on to something else like starting his next company. It didn’t take Frank long to respond, “I have no plans to move on, this is my baby and I want to stay with it and nurture it until in grows into it’s full potential.

NICE, I thought. Here is a guy whose dreams came through and rather than taking the money and run into the sunset for a life of leisure and luxury taxes, Frank is choosing to stay with his love, his passion, his baby. I found this response to be quite refreshing, a man not motivated by money, but more importantly what moves him.

My Next RIde
As I dropped Frank off at his new company, my next ride was waiting to head to the airport. I couldn’t help but notice Frank hugging her as they passed. As Julie got in I asked, “so apparently you know Frank?”

Julie replied, Know him? Of course, he was my boss at the old company and I moved here with the company. Frank is still my boss and he is the best… he is not abandoning his baby and either am I!” Well, I guess that says it all…Frank’s passion is obviously contagious too! Frank
Is not only a successful entrepreneur, he is also successful as a boss!

So, What moves you? What dreams do you have? AND most importantly, what’s your plan?