– The Elephant in the Room… 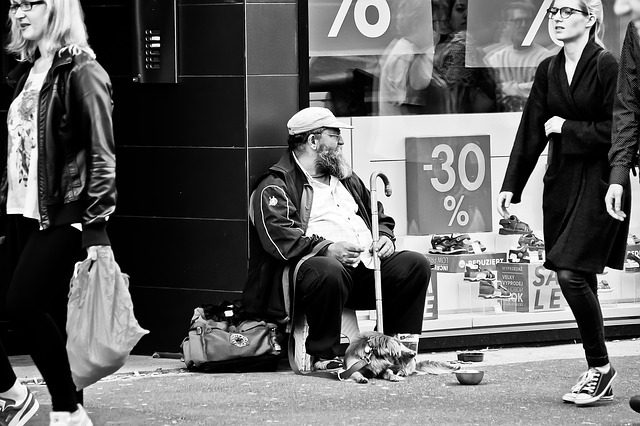 HAPPY NEW YEAR! I wanted to start the New Year right, so let’s get uncomfortable and talk about the elephant in the room… the homeless.  It is really hard to ignore if you are cruising the city, isn’t it?.  I’ve been driving about 65,000 miles a year in the Greater Boston area for the last 4 years… and the homeless are ever present.

Many of us try to ignore this issue as we feel it is bigger then we are and really now, what can one person really do?  When you come to that red light at a busy intersection and you hear that tap on the window asking for a donation… it really makes you think, how did these people get to this point. Many of us think, these people are just lazy bums and they need to get a job like us…

Of course, we have the shelters and programs trying to help the homeless out of this hopeless condition and yes we can volunteer our time which is always appreciated… but there is this feeling of does it really matter?  Will my efforts really help?

I am one who always felt… these people were just slackers & drug addicts. I would and will never give out money as I don’t know where it is going.  You may have thought like me that it’s just going to be spent on drugs… but then again who am I to judge?  I can only presume many of these people were once decent people who were dealt a bad hand in life.  Now many of us are very strong and we can beat the odds to reverse some bad luck but, not all people can.  Many of these people are military veterans, have mental/psychological disorders, handicapped or laid-off workers who never got another chance… my heart goes out to all of them.  This line of thinking has turned my feelings on the homeless and I wanted to find a small way to help without giving out cash hand-outs.

I have always given out food such as PB&J sandwiches and I once gave a $30 an un-opened Lobster roll that a passenger left (I did call her first) to a homeless woman.  I have also given many bags of used clothing to the homeless (not to Good Will because it is re-sold) and I sit on a foundation board that gives to several homeless shelters.  Now, I wanted to give something that might help in that small moment of “right now” rather than being frustrated about the bigger problem of the homeless.

After going on a first date with a woman from the burbs, who told me after we were discussing the problem, that she carries McDonalds’ $5.00 gift cards to give out to the homeless around the city.  WOW… I thought this would be a fantastic idea, one that might help someone in the moment.  However, thinking about it further I realized that there are not that many McDs located in the city! This could be frustrating to the people receiving these cards.  Why not Dunkin’ Donuts?  I mean really… there has to be a DD on almost every corner of the city, and they offer inexpensive offerings, like 2 egg & sausage sandwiches for $5.00.  So, I purchased my first 20 DD gift cards.

Now, when a homeless person comes a knocking at my window, I give them a card and tell them go get inside from the bitter cold or pouring rain and grab some warm food or coffee.  Whether it is what they wanted or not, they are all so appreciative of the offer.  I started doing this during the holiday season but, now I have decided that I will always carry these cards with me to hand out all year.  I have even expanded my thinking to offer these cards to some of my passengers who may be having a bad day or if they seem to be struggling in other ways.

I decided a while back that I want to be more kind to people in general, yes the stock market may have broken countless records since Trump was elected, and our society seems to gage this in a way that things are going just great but, there are so many people not connected to the stock market that are really hurting…  Sometimes it is difficult dealing with that “elephant in the room” but, the key words here are “dealing with” and no matter how small our efforts may be it is so much better then acting like it’s doesn’t exist or it’s too big for one person! What will you do?