I Touched Some History Today… 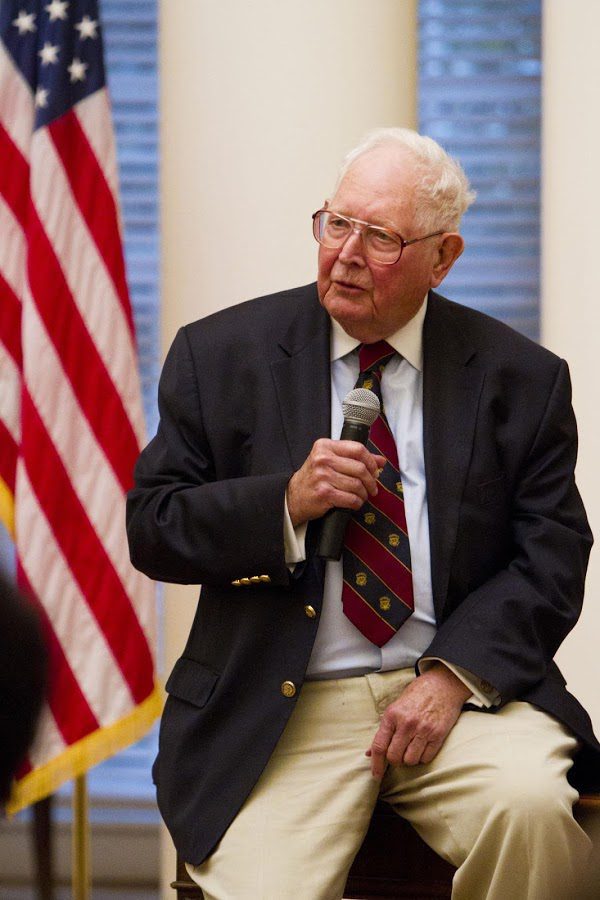 If you have been reading my posts (yes, yes I know I need to put more time into this), then you know that I meet a diverse range of folks. I mean I am talking DIVERSE; jobs, backgrounds, countries & states of origin, ethnicity, languages spoken… BUT today I touched history!

I arrived at my pick up location out in one of the western burbs… I sent out my personal text saying I have arrived. After a few minutes I received a call from the client who requested the ride, he mentioned that I was picking up his client and bringing him to the Harvard Kennedy School in Cambridge.  Oh, he also mentioned his client, Dan, was 94 and that it takes him a while to walk out to your location (long path so start the ride)… but he is a “sweet-heart”.  That’s all I needed to hear, and so I waited .

After another 5 minutes I heard  a soft , consistent light tap, followed by a slow lesiurely gate. Dan had arrived with his cane and a folder.  Dan needed no assistance getting in and sat right next to me in the passenger seat, cane & folder in hand, friendly talk ensued. We talked about the weather, Trump & what he was up to… I think I opened pandoras box! Dan mentions he is off to teach a class at the Harvard Kennedy School ( and I am thinking, sure… OK he is 94, who knows?). Dan mentioned that he actually lectures about 50 times a year there.  SO, now I am intrigued, but time is running out as we are getting closer to our final destination).  With the time that was left we talked deep and quick, it turns out that Dan was a staff assistant to President Kennedy, while in the White house.

Dan was boggled by Trump, such a difference from President Kennedy. He mentioned that the White House staff back then numbered 77, while today it is about 1,300. The White House back then was very calm…even during the Cuban Missle Crisis.  Of course I had to have some fun, so of course I had to ask if he ever saw Marilyn Monroe there?  No, she was never at the White House, he never saw her, but that doesnt mean there wasnt any philandering going on, he replied.  OK, now this is getting really interesting.  As we were approaching the Kennedy School Dan mentioned, oh by the way “I was Founding Director of the Kennedy Library!!!”  WHAAA?  Really???? I’m thinking, I should just humor him… he is such a gentle, kind “sweetheart” of a guy.

No matter what we talked about, I spoke with total respect with Dan, I really did not know if it was all true, but respect is what he deserves.  I recently lost my Step Dad who was 100 when he passed and the mind can do funny things past a certain age.  My step dad was amazing and had so many experiences & accomplishments to share. Dan, being 94 felt the same to me and so no matter what he was saying, I was a believer and he touched me.

The corner of JFK & Elliot is under a lot of construction due to the expansion of the Kennedy School… it’s always tough getting in there to safely drop off.  As I was planning my strategy to safely deliver Dan, I saw 3 or 4 people waiting, a police officer, my client and other staffers from Harvard. We said our good-byes and after reflecting a moment… I thought, WOW, what an amazing man! I am a believer, Dan touched me and I touched a piece of history today!

NOTE:
Ive’ come to learn a lot about Dan since we met and everything he said was spot on. I have intentionally left his full name out, but if you want to know more about Dan and his many accomplishments click on the link:
https://www.hks.harvard.edu/faculty/dan-fenn